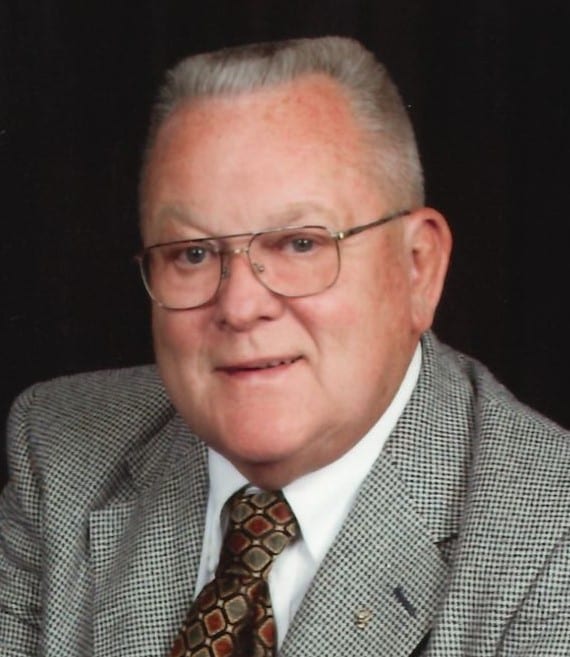 Terry was a proud member of the Elston Class of ’57; joined the Navy while in High School was deployed a week after graduation. He served as a Signalman 3rd class on the Navy Destroyer USS Vessole DDR 878.  Terry then chose to follow in his Father’s footsteps and joined the Michigan City Fire Department. He retired as a Captain after 22 years of service. On May 12, 1962 he married Pamela Sterne at the First Presbyterian Church in Michigan City.  Terry and Pam moved to Long Beach in 1970.  In addition to his Firefighting career, he acquired a real estate license and sold Real Estate in the late 70’s. He was a Psychiatric Technician and served as Safety Director at Kingwood Hospital for 8 years and was a Sales Representative for Great Lakes Supply & Chemical for 10 years. Terry was a Past Exalted Ruler for the Michigan City Elks Club #432.

Terry loved spending time with his sons, grandchildren and great grandchildren and they loved him.  The first grandchild named him Bagelbah!…no one knows why but it stuck….sometimes shortened to Bagel.  They couldn’t get enough of Bagelbah!!!  Terry’s favorite things – besides his kids and grandkids include hunting, fishing, golf, trap shooting, target shooting, trips to the “boat”, stopping at the Elks, making pierogis, trips to Indy to see the kids and pork hocks and sauerkraut.

Terry is the Patriarch of this Krueger clan and though he is no longer here he will be the center of conversations for years to come and greatly missed.  Rest in peace Terry….you earned it!

Private burial service will take place, and a GRAND Celebration of Life event will be scheduled later this year when COVID permits.

Arrangements have been handled by Geisen-Carlisle Funeral Home, 613 Washington St. Michigan City, IN 46360.

In Lieu of flowers , the family requests donations in memory of Terry Krueger to: Indiana School for the Deaf, 1200 East 42nd Street Indianapolis, IN 46205; or Michiana Humane Society, 722 Indiana Highway 212, Michigan City, IN 46360.

To leave a condolence, you can first sign into Facebook or fill out the below form with your name and email. [fbl_login_button redirect="https://www.geisenfuneralhome.com/obituary/terry-a-krueger/?modal=light-candle" hide_if_logged="" size="medium" type="login_with" show_face="true"]
×