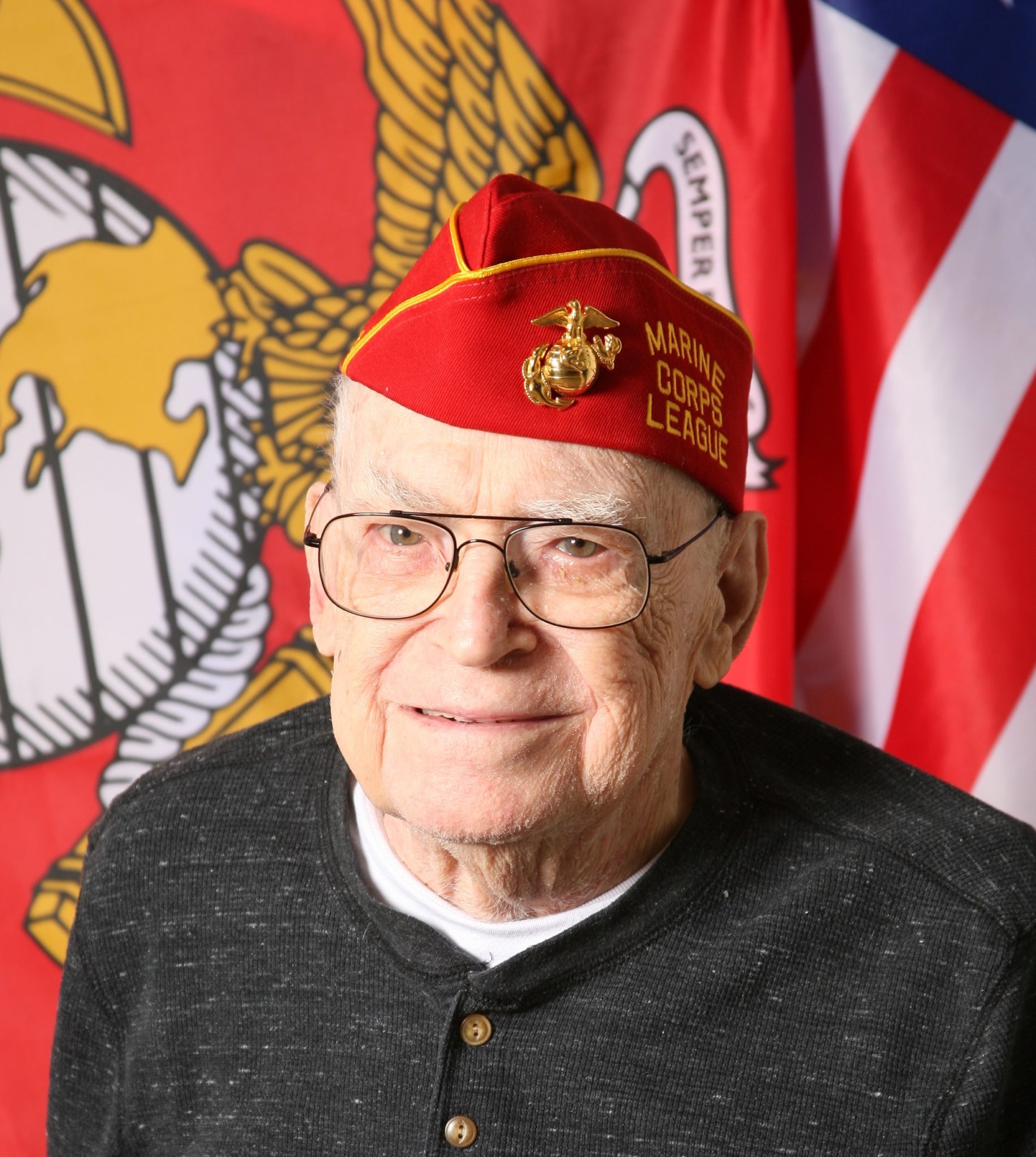 Bob was born in Tacoma, Washington on April 12, 1928, the younger child of Rodney and Helen (Cunningham) Jackson. Bob graduated from O’Dea High School in Seattle in 1946. He married Elaine Johnson at Zion Evangelical Lutheran Church in Seattle on October 1, 1949. Bob and Elaine had two children prior to divorcing in 1956.

In April 1948, Bob enlisted with the U.S. Marine Corps Reserve in Seattle. He was called up to active duty in August 1950 and assigned to the 5th Marine Regiment Public Information Office as a motion picture photographer during the Korean War. Bob was transferred back to the U.S. as a sergeant in the Marine Corps Reserve in December 1951 prior to his honorable discharge in 1952.

After service to his country, Bob worked as a public relations photographer and publicity director for a wide variety of projects. While working with Ford Photographers in Seattle, Bob met Kathy Prindiville, a public relations assistant for Northwest Orient Airlines. Kathy and Bob were married at St. John the Baptist Catholic Church in Plymouth, Wisconsin on April 22, 1961. They had five children and enjoyed nearly 60 years together until Kathy’s passing in 2021.

In 1964, Bob became an award-winning reporter and photographer for the Michigan City (Indiana) News Dispatch. Michigan City would remain Bob’s home for the next 57 years. In 1973, he joined the Gary Post Tribune as a feature writer and photographer where he created Indiana’s first standing column dedicated to women’s and girls’ sports. He also authored a country music column that ran for seven years.

In 1983, Bob set out his own shingle as a media and sales consultant, which included a stint as the Executive Director of Michigan City’s Sesquicentennial celebration in 1983. From 1996 to 1999, Bob worked as a regional communications representative for the AARP in Chicago, Illinois. He continued to work for AARP Indiana on a volunteer basis for another 13 years including service on the Indiana Debate Commission. Bob received the AARP Indiana Andrus Award for community service in 2012.

Bob’s family and friends mourn his loss. Bob enjoyed golf which he played semi-regularly until the age of 89. He managed the Grand Beach (Michigan) Golf Course from 2002 to 2004. His loved photography and could be found behind the lens at most family gatherings. Bob also loved to travel. In addition to his time in Japan and Korea with the Marine Corps, he attended the Second Vatican Council in Rome in 1962, camped across the US with his family in the 1970s, visited Paris in 1994, and made countless trips to visit family. Although Bob suffered from dementia in his later years, he never lost his love for classic movies and enjoyed watching his favorites from the 1940s and 1950s.

The family will hold a visitation at 10:00 am with a service to follow at 12:00 pm on Friday, December 9 at Geisen-Carlisle Funeral & Cremation Services, 613 Washington Street, Michigan City, IN 46360. Interment will follow at Swan Lake Memorial Gardens, also in Michigan City.  Condolences may be shared with the family at www.geisenfuneralhome.com. Memorial contributions honoring Bob, made to The Salvation Army in Michigan City, would be greatly appreciated. The family would like to thank the staff at Grand Brook Memory Care of Zionsville and Care Hospice of Carmel for caring for Bob during his final months.

To leave a condolence, you can first sign into Facebook or fill out the below form with your name and email. [fbl_login_button redirect="https://www.geisenfuneralhome.com/obituary/robert-r-jackson/?modal=light-candle" hide_if_logged="" size="medium" type="login_with" show_face="true"]
×