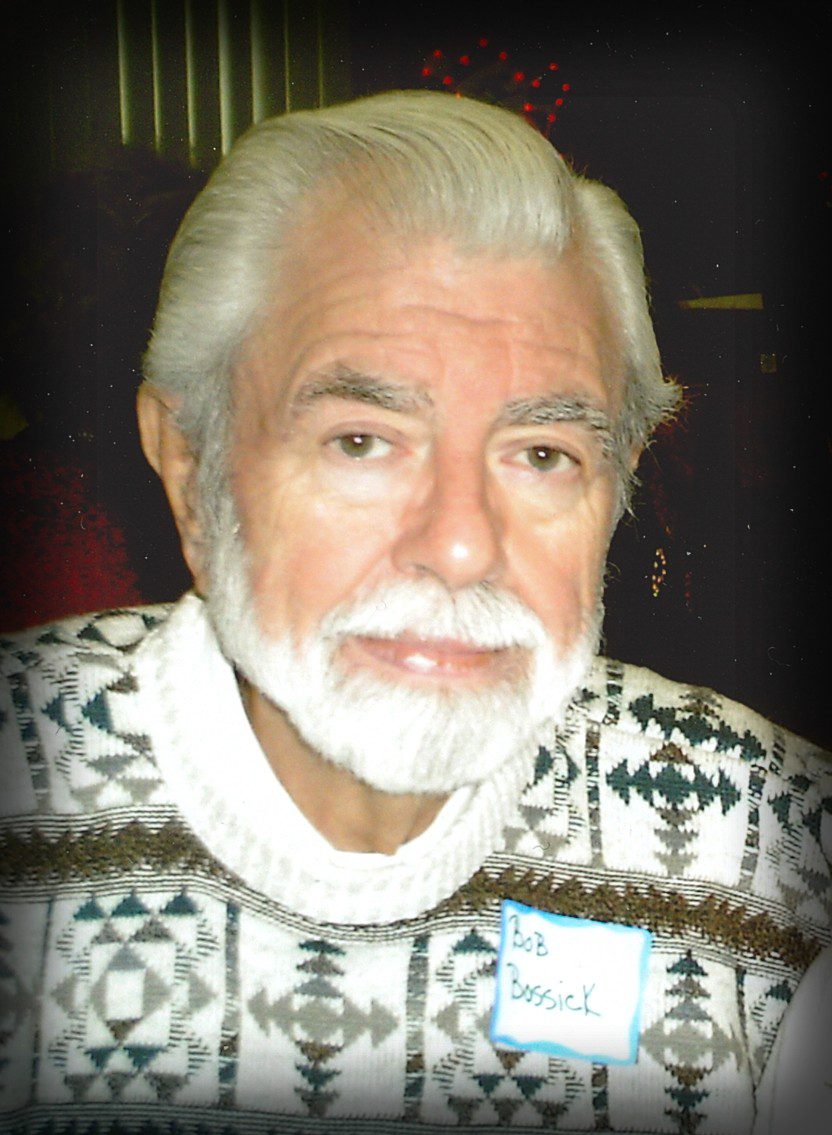 Bob was preceded in death by his son, Gregor Bossick; parents: Andy and Theresa Bossick; and sister, Betty Digua.

Bob was a USAF veteran. He worked at the Pentagon., Washington D.C., and for General Curtis LeMay who was head of the Air Force for 4 years during the Korean conflict. Bob was a star basketball player during his tour of the duty amongst his other many Air Force responsibilities. After discharge, he started in the field of finance during which time he attended Indiana University and graduated from the American Institute of Banking and became Vice President of Calumet National bank. He later started his own wholesale finance business. Bob had been on the Board of Kiwanis, Board of Goodwill Industries, received many certificates of appreciation from the Hammond School System for his work with their vocational education programs. He was very active with the United Methodist Church of Lansing in several positions including treasurer. Bob loved sports, traveling, and visited all 50 states.

In lieu of flowers, donations may be given in Bob’s name to the First United Methodist Church in Crown Point, IN.

To leave a condolence, you can first sign into Facebook or fill out the below form with your name and email. [fbl_login_button redirect="https://www.geisenfuneralhome.com/obituary/robert-a-bossick/?modal=light-candle" hide_if_logged="" size="medium" type="login_with" show_face="true"]
×