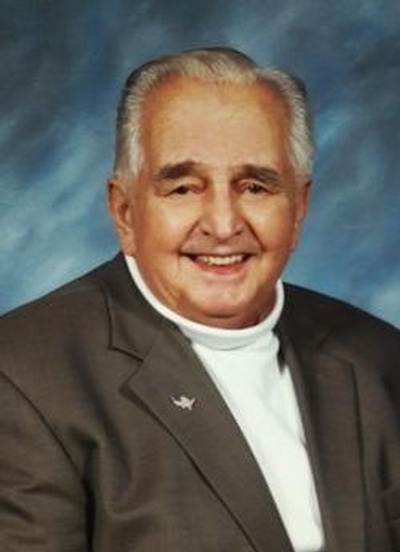 JAMES SOMY, age 86 of Merrillville, formerly of Whiting, passed away on Saturday, January 14, 2017.

James was a graduate of East Chicago Washington High School, an Army veteran of the Korean War, and a member of the Marine Corps League.  He was a retired bricklayer from LTV Steel Company with 50 years of service.  James was also a member of Shepherds Community Church in Harvey, IL.

Family and friends may call at Pruzin Brothers Funeral Service, 6360 Broadway, Merrillville, on Thursday from 3:00-7:00 pm.  Funeral services will be held on Friday, January 20, 2017 at 11:00 am. from Pruzin Brothers Chapel with Pastor Willard High officiating.  At rest Calumet Park Cemetery.

To leave a condolence, you can first sign into Facebook or fill out the below form with your name and email. [fbl_login_button redirect="https://www.geisenfuneralhome.com/obituary/james-somy/?modal=light-candle" hide_if_logged="" size="medium" type="login_with" show_face="true"]
×