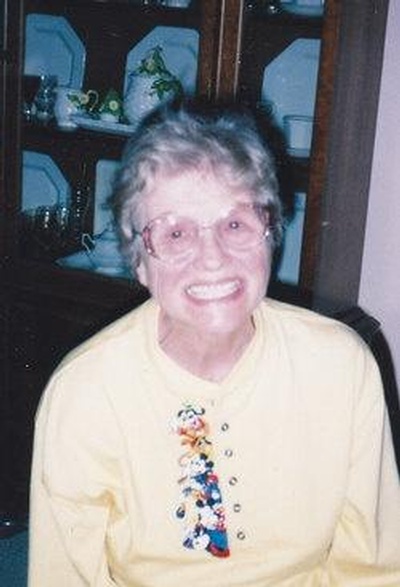 IRMA SLUBOWSKI, age 90, a lifelong resident of Gary, passed away Tuesday, January 14, 2014. Survived by daughter, Kristine (Edward) Kaminski of Crown Point; son, Henry Slubowski of Munster; four grandchildren: Stephen (Lea) Kaminski of Indianapolis, Sandra (Joseph) Knox of Indianapolis, Gregory Kaminski of Oregon, Teresa Kaminski of Indianapolis; two great-granddaughters: Abby Kaminski, Teagan Knox; two brothers: Reinhard Richter, Bernd Czauderna, both of Germany; nieces and nephews. Preceded in death by husband, Chester. Irma was a member of St. Hedwig Catholic Church, Gary. She also attended Our Lady of Czestochowa Shrine. Irma was a member of PNA Madame Curie Circle Lodge #3134. She had a very large heart for all animals and their care. She was a very loving mother and grandmother who will be greatly missed. Family and friends may call at Pruzin Brothers Funeral Service, 6360 Broadway, Merrillville on Friday, January 17, 2014 from 2:00 to 8:00 p.m. Prayer service at 2:30 p.m. and Madame Curie service at 3:00 p.m. Funeral service will be Saturday, January 18, 2014 at 9:30 a.m. from Pruzin Brothers Chapel and 10:00 a.m. from Our Lady of Czestochowa Shrine, 5755 Pennsylvania St., Merrillville with Rev. Lukasz Kleczka officiating. At rest Calumet Park Cemetery.

To leave a condolence, you can first sign into Facebook or fill out the below form with your name and email. [fbl_login_button redirect="https://www.geisenfuneralhome.com/obituary/irma-slubowski/?modal=light-candle" hide_if_logged="" size="medium" type="login_with" show_face="true"]
×