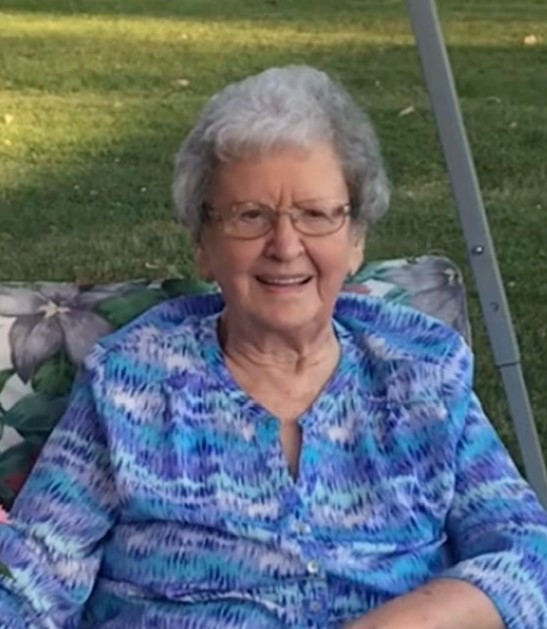 Iola J. Wilson (nee Cooper), age 102, of Hebron, IN, passed away peacefully on Wednesday, August 3, 2022 at Oak Grove Christian Village in Demotte, IN.

Iola was born in Jasper County on July 28, 1920 to Raymond and Elsie (Wandrey) Cooper. She married Vernon Wilson on December 19, 1939 in Valparaiso, IN. Iola was a homemaker and former employee of Hebron Elementary School. She was an avid gardener and loved to go dancing with her husband, Vernon, throughout the years. Her greatest joy was being with her grandchildren and family.

Private family services will be held with burial at a later date. Geisen Funeral Home entrusted with arrangements.

To leave a condolence, you can first sign into Facebook or fill out the below form with your name and email. [fbl_login_button redirect="https://www.geisenfuneralhome.com/obituary/iola-j-wilson-nee-cooper/?modal=light-candle" hide_if_logged="" size="medium" type="login_with" show_face="true"]
×