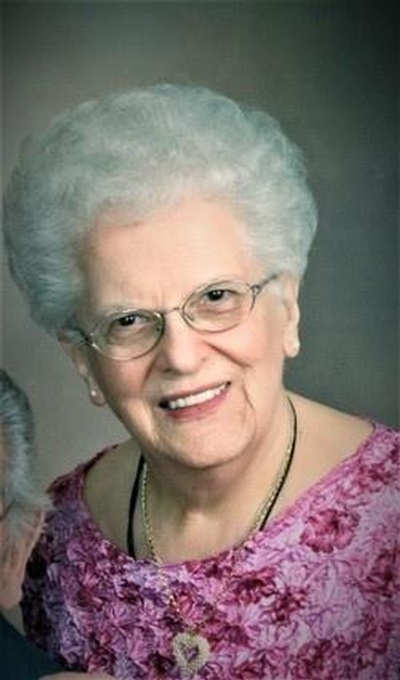 Harriet was born April 13, 1931 to Michaline and John Nalewski. She is preceded in death by her husband of 56 years, Mitch; son, Robert Szafranski; father, John Nalewski; her mother and stepfather, Michaline and Alex Czajkowski; brothers, Dan Nelson and his wife, Hazel, and Joseph Neal.

Family and friends may call at Pruzin Brothers Funeral Service, 6360 Broadway, Merrillville on Friday, February 2, 2018 from 2:00 to 7:00 pm. with a prayer service at 6:30 p.m. Funeral services will be Saturday, February 3, 2018 beginning at 9:30 am. from Pruzin Brothers Chapel and a Mass of Christian Burial at 10:00 am. from SS. Peter & Paul Catholic Church, 5885 Harrison St., Merrillville with Rev. James Meade celebrating. At rest Calumet Park Cemetery. In lieu of flowers, memorials preferred to Share Foundation, St. Jude’s Research Hospital, Shriners Hospital for Children, or SS. Peter & Paul Building Fund.

To leave a condolence, you can first sign into Facebook or fill out the below form with your name and email. [fbl_login_button redirect="https://www.geisenfuneralhome.com/obituary/harriet-szafranski/?modal=light-candle" hide_if_logged="" size="medium" type="login_with" show_face="true"]
×