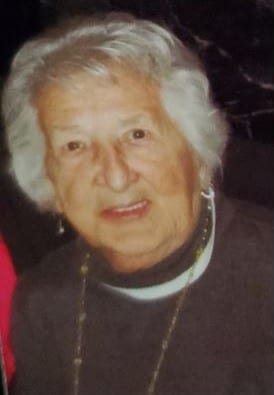 Constance was born in Gary, IN, on November 25, 1929, daughter of Philip S. and Josephine Anello.
Constance was the child of two Sicilian immigrants with a strong work ethic. She also owned Crown Pizza in Merrillville and Crown Point, IN. Her Italian and pizza recipes were infamous throughout the Northwest Indiana area. She loved cooking and remained working in the restaurant business for most of her adult life. She was a devoted wife, mother, and grandmother. She loved traveling with her husband and with her family throughout her years. After retirement, she loved watching her game shows and Turner Classic Movies. A favorite pastime of hers was sitting out on her deck looking at the flowers and talking about the golden age of movies and all the movie stars with her children and grandchildren.

In lieu of flowers, donations can be made in memory of Constance Karwacinski to the VNA Hospice at <https://vnanwi.org/> or to St. Jude Children’s Research Hospital at <https://www.stjude.org/>.

To leave a condolence, you can first sign into Facebook or fill out the below form with your name and email. [fbl_login_button redirect="https://www.geisenfuneralhome.com/obituary/constance-m-karwacinski/?modal=light-candle" hide_if_logged="" size="medium" type="login_with" show_face="true"]
×