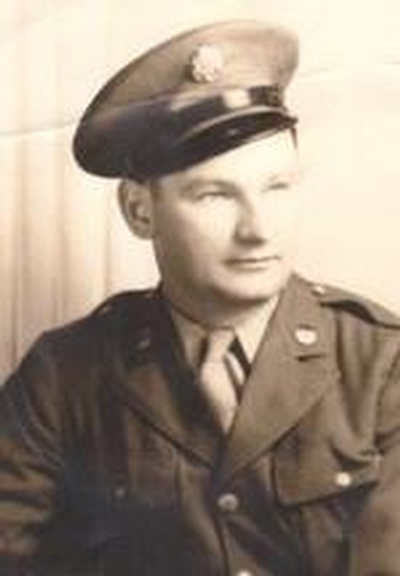 BRUNO J. WAICHULIS age 94 of Merrillville IN passed away Monday January 18 2010. Survived by his wife of 63 years Marguerite Marge(nee Bellis) two daughters: Peggy (Doug) Werner of Highland Susan (Dino) Giannini of Schererville five grandchildren: Kathryn Bruno Amalia and Mario Giannini and Rebecca Werner and numerous nieces and nephews. Preceded in death by parents Joseph and Kazimera Waichulis brothers and sisters-in-law: Alex and Nina Waichulis William and Helen Waichulis sister and brother-in-law Rose and Frank Bilunas. Bruno was a member of SS. Peter & Paul Catholic Church Merrillville and a former member of Holy Trinity Catholic Church Gary. He was a member of Knights of Columbus Msgr. Joseph S. Ryder Council #4047 and a member of 40/8 Voiture 470. Bruno attended Horace Mann High School and was retired from U. S. Steel Sheet & Tin Mill Pickle Department with 42 years of service. He was a World War II Army veteran and a Purple Heart recipient. Bruno was a 64-year member of American Legion Post #289 and was an American Legion Hoosier Boys State Chairman for over 40 years. He enjoyed woodworking and wood carving in his retirement and belonged to the Duneland Woodcarvers Club. Most of all he loved spending time with his family and watching his grandchildren mature. He will be remembered by all who knew him for his gentle disposition and kind smile. Friends may call at Pruzin Brothers Funeral Service 6360 Broadway Merrillville Friday January 22 2010 from 2:00 to 8:00 p.m. Prayer service at 2:15. Legion Service at 6:00 p.m. 40/8 service at 6:15 p.m. K of C Rosary at 7:00 p.m. Funeral service will be Saturday January 23 2010 at 9:30 a.m. from Pruzin Brothers Chapel and 10:00 a.m. from SS. Peter & Paul Catholic Church 5885 Harrison St. Merrillville with Rev. Roy Beeching officiating. At rest Calumet Park Cemetery.

To leave a condolence, you can first sign into Facebook or fill out the below form with your name and email. [fbl_login_button redirect="https://www.geisenfuneralhome.com/obituary/bruno-waichulis/?modal=light-candle" hide_if_logged="" size="medium" type="login_with" show_face="true"]
×