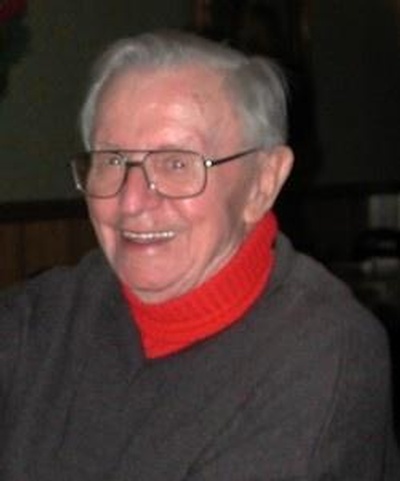 THADDEUS “TED” J. MAKA, age 95 of Schererville, son of the late John and Valerie (nee Krysinski) Maka, passed away on Friday, February 3, 2017 at his home.

Ted was married to Mary Maka (nee Sedor) for 46 years before she passed in 1991. He is survived by his son Lawrence (Cheryl) Maka; daughter Cindy (Larry) Cosmo. In 1996, Ted found happiness again and married Patricia (Pedone) Maka. Ted and Pat were married for 20 years until her passing in 2016. Ted is also survived by his four step-children: Sheryl Pedone, Rocco Pedone, Judith (Bill) Weinkauff, and Barbara Lacey; nine grandchildren; nine great-grandchildren; and several nieces and nephews. He is also preceded in death by his sisters Wanda, Chestine, and Valerie and their husbands.

Ted and Mary owned and operated Maka’s Variety & Hobby Shop for over 20 years in Hammond. Durring WW II, Ted was a welding foreman for Pullman Standard. Under Hammond Mayor’s Dowling and Klen, he was a Consultant for the Traffic Division; Active Traffic Engineer; and a Waterboard Dept. Trustee. He also worked as a salesman for Traveler’s Express Co.

Mr. Maka was a member of St. Joan of Arc Catholic Church and he loved his church and his Catholic faith. He was a member of Knights of Columbus #13003, and the B.P.O. of Elks Hobart Lodge #1152, where he was honored to receive the Publicity Award of the Year. Ted loved to do watercoloring, writing letters to family and friends, and socializing with friends at the Elks.

A Funeral Mass will be held on Wednesday, February 8, 2017 at 10:00 A.M. from St. Joan of Arc Catholic Church (200 E. 78th Ave., Merrillville) with Rev. Jon Plavcan officiating. There will be visitation at the church starting at 9:00 A.M. At rest Calumet Park Cemetery. In lieu of flowers, memorials may be made to Share Foundation (P.O. Box 400, Rolling Prairie, IN 46371) or to Parkinson’s Foundation. Pruzin Brothers Funeral Service in charge of arrangements.

The family wishes to thank Dr.’s Gary & Trevor Marcotte and his cardiologist Dr.’s ShaShi & Anu Divakaruni. Special thanks and love to Ted and Patricia’s caregiver Gisela Pecka. Our Dad called her an angel and we were blessed to have her in our lives for two years. Ted was a loving husband, father, grandfather, and great-grandfather.

To leave a condolence, you can first sign into Facebook or fill out the below form with your name and email. [fbl_login_button redirect="https://www.geisenfuneralhome.com/obituary/thaddeus-ted-j-maka/?modal=light-candle" hide_if_logged="" size="medium" type="login_with" show_face="true"]
×