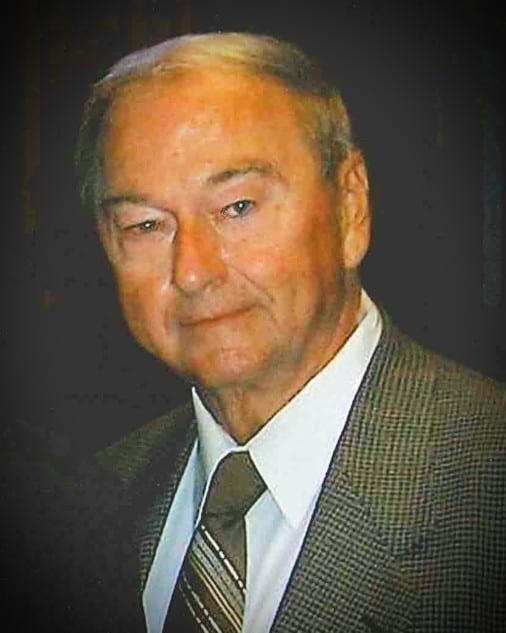 Funeral Prayers at 9:15 AM at the Funeral Home

Robert Biernat, age 84, of Crown Point, In, passed away on Sunday, April 4, 2021 at Franciscan St. Anthony Hospital in Crown Point.

Robert was preceded in death by his wife, Cynthia; parents: Joseph and Florence; and brother, James.

Robert was a member of St. Matthias Catholic Church. He worked as a Gary Police Officer for 10 years, then founded South End Body Shop in 1977. In the 80’s his sons joined in the business where he enjoyed working with them until his retirement. Robert enjoyed boating on Lake Michigan. He was a lifelong Cubs fan who was able to witness them win the World Series in 2016. He was also an avid snowmobiler up in the Northwoods of Wisconsin. Robert loved to take care of his lawn and garden. Robert looked forward to his Saturday evening rare steak and wine. He was famously known as GOK to his three grandchildren and many others. GOK loved attending all of his grandchildren’s’ sporting events.

Funeral Prayers will be said at 9:15 AM on Friday, April 9, 2021 at the Funeral Home. Funeral Services will follow at 10:00 am at St. Matthias Catholic Church, 101 W. Burrell Drive, Crown Point, IN, 46307 with Fr. James Wozniak officiating. Robert will be laid to rest at Calumet Park Cemetery in Merrillville, IN.

Due to Covid-19, restrictions in the Funeral Home include: social distancing at 6 feet and face masks are required.

In lieu of flowers, donations may be given in Robert’s name to St. Matthias Catholic Church in Crown Point, IN.

To leave a condolence, you can first sign into Facebook or fill out the below form with your name and email. [fbl_login_button redirect="https://www.geisenfuneralhome.com/obituary/robert-biernat/?modal=light-candle" hide_if_logged="" size="medium" type="login_with" show_face="true"]
×

Funeral Prayers at 9:15 AM at the Funeral Home