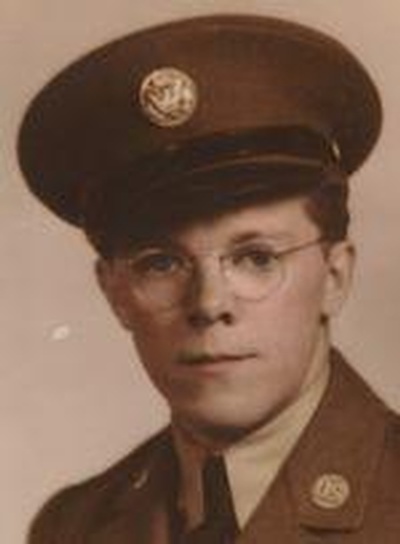 RICHARD PATAGNEW SR. age 87 of Carmel IN formerly of NW Indiana passed away Tuesday January 2 2007. Survived by sons: Richard (Georgiann) Agnew Jr. of Carmel IN Michael Agnew of Zionsville IN three grandchildren: Tia (Brett Canaday) Agnew of Frankton IN Richard Agnew III of Hobart IN Sarah Agnew of Zionsville IN sister-in-law Jean Gorby many nieces and nephews. Preceded in death by wife Ruth Ann. Pat was a retired chief chemist from Ashland chemical with over 25 years of service a World War II Army veteran and an avid reader. He attended Ohio St. Purdue and Valparaiso Universities and the Illinois School of Optometry. Friends may call at Pruzin Brothers Funeral Service 6360 Broadway Merrillville Friday from 2-8 PM. Funeral service will be 11:30 AM Saturday January 6 2007 from Pruzin Brothers Chapel with Tia Agnew officiating. At rest Calumet Park Cemetery Merrillville. Please click on the following link to view Richards Tribute video. http://videos.lifetributes.com/?id=6497

To leave a condolence, you can first sign into Facebook or fill out the below form with your name and email. [fbl_login_button redirect="https://www.geisenfuneralhome.com/obituary/richard-agnew-sr/?modal=light-candle" hide_if_logged="" size="medium" type="login_with" show_face="true"]
×