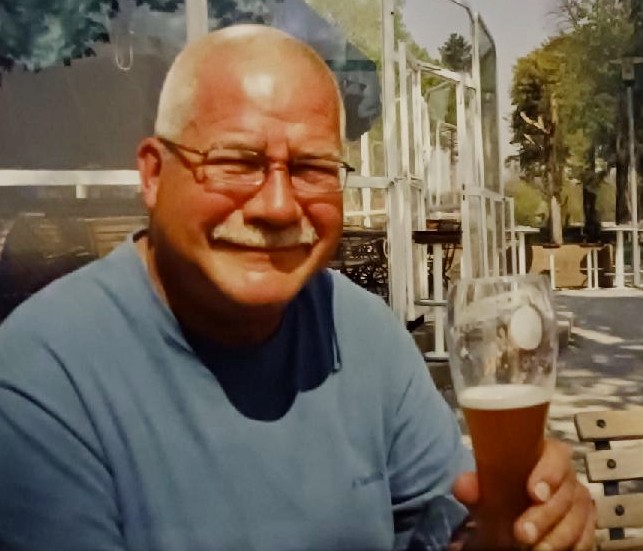 David was born and raised in Hammond, IN, and was a graduate of Hammond High School, Class of 1968. He had an appointment to go to Westpoint but instead chose active duty with the Army and served in Germany until being honorably discharged in 1973. He received his Associate Degree from DeVry University. David ran “Second Time Around” which was a furniture restoration store, with his mother. He then began his career with Indiana Bell/AT&T as a phone technician with 20 years of service. David was able to retire early and enjoy life to the fullest.

He enjoyed boating, family vacations to go snow and water skiing, and walking nature’s beautiful pathways. He also enjoyed listening to music and being a master mechanic. He most especially loved boating with his grandkids and his boating community at Doyne’s Marina at Ogden Dunes. He was an active member of Izzak Walton League, Miller Chapter. David will be remembered as being a very optimistic and joyful person to be around. He will be greatly missed.

A Celebration of David’s life will be held at a later date.

In lieu of flowers, donations may be given in David’s name to Wounded Warriors Project.

To leave a condolence, you can first sign into Facebook or fill out the below form with your name and email. [fbl_login_button redirect="https://www.geisenfuneralhome.com/obituary/david-w-domke/?modal=light-candle" hide_if_logged="" size="medium" type="login_with" show_face="true"]
×